Meet the 5% – The Next Generation of Women Pilots:

Practiced Physician.  Artist.  Brand Owner.  Philanthropist. Role Model.  Above all else, an instrument-rated pilot with an undeniable passion for aviation. Who in the world could professionally practice all of these skills? One woman stands out from the crowd: Jennyfer Toplak. Welcome to the new world of female aviation’s standard bearers.

​Originally from Venezuela, Jennyfer or ‘Jen’ often sat in the copilot seat of their family-owned Cessna Citation CJ1, but gradually became interested in piloting the aircraft herself.  Though initially afraid of the responsibility, Jen immediately fell in love with the adventure, freedom and empowering feeling of flying; she felt the rewards of learning to fly were well worth the hard work and potential risks! It was at that moment, when Jen dedicated herself to becoming a pilot and, later, to becoming an advocate for the industry and its people.

​Fast forward four short years and not only is Jen an accomplished pilot, but she is also past Chairman of the Florida Goldcoast chapter of the Ninety-Nines; an impressive feat. The Ninety-Nines are an international all-female organization of aviation pilots that was founded in 1929 by Amelia Earhart. Today, they’re 5,000 pilots strong and committed to mutual support and the continued education of aviation for young girls. Jen has also been blessed by the Ninety-Nines; not only through her membership but through one of their past outreaches. 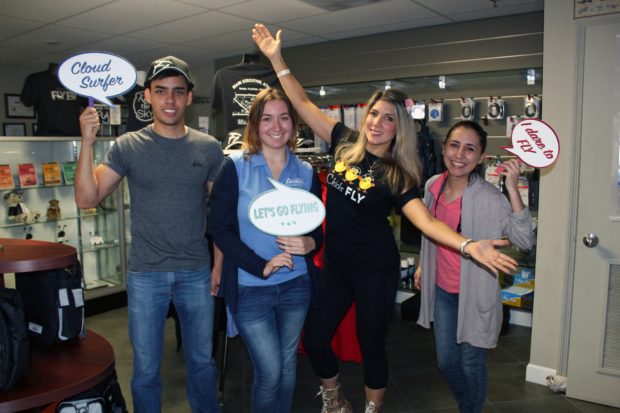 One of these outreach programs was to inspire young girls to fly, so Jen used her artistry to create her very first design- the “Chicks Fly” t-shirt.  Thus, her “Dare to Fly Fashion” brand was born.  Officially launched in December 2015, the Dare to Fly brand and Jen, as a public figure, have taken off.  With designs expressing her personal love of aviation (“Love at First Flight”) and made to appeal to young women (“This Girl Can Fly”), Jen’s line is both generating pride in female pilots and starting conversations on this special lifestyle.

​Of the 500,000 pilots flying in the United States, only 5% are women. Jen is supremely proud of being part of the 5%, as well as a leader in the Ninety-Nines.  Having received such a great return from aviation, she was eager to give back and has dedicated a percentage of all Dare to Fly proceeds towards aviation training scholarships. Separately, Jen is planning to donate $1,000 as part of an international “Dare to Fly Project” where members across the world are providing their time and aircraft for free first-time discovery flights. 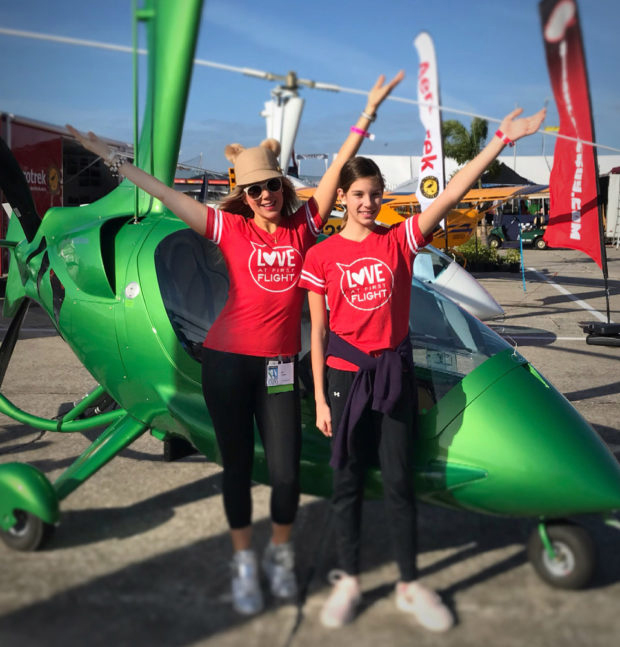 With the physical world unable to contain her, Jen has since taken over the digital realm. With over 19,000 Instagram followers flying along with her Facebook and Twitter following, she is quickly becoming their new aviation role model; a position she never expected.  This and her role with the Ninety-Nines provide Jen a forum she is grateful for: one where she can guide and connect other aviation enthusiasts with the right people to help them fulfill their dreams as she has. In spite of all these highs, Jen did display some regret – she wishes she had started flying sooner! “My life has changed so dramatically… Every single flight is very special! Just the fact of knowing that you can jump in an airplane and go anyplace you feel like going and landing in another city is fascinating.”

The opportunity of getting her pilots license, starting her own brand, and furthering the Ninety-Nine’s impact towards the community are all attributes that have changed Jen’s life. Without guidance, none of which would be possible. “It doesn’t matter what comes in front of you, what obstacles; it doesn’t matter if there is something you do not know how to do – you just go and research it and learn it. Ask and find people to help you and to guide you and get it done.” Jen’s story shows that there is a life ahead that can be so much more exciting and richer, and one message rises above all: don’t just dream about flying, seek it out, love it and dare to fly.

Jen Toplak’s “Dare to Fly” brand items can also be found on eBay, Etsy, Amazon and at five (5) pilot shops in the United States including Propel Aviation Sales & Services at Miami-Tamiami Executive Airport.  Propel is proud to be a distributor for Dare to Fly.

Watch for Jen and the Dare to Fly brand at Sun ‘n Fun (Hangar A) this April.